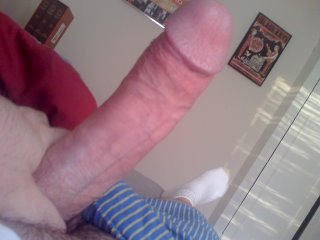 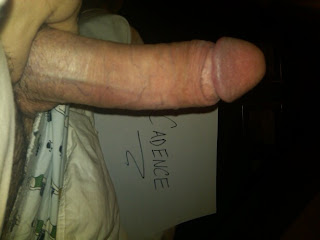 I love it when you guys send me photos of yourselves and tell me you like to whack off to me. It gets me hot and wet thinking about it. Those of you who follow my blog know how much I love posting these photos. Keep 'em coming (pun intended).
Posted by Cadence Johnson-Ryder at 7:36 PM No comments:

I hate facial hair, but I'd make an exception in his case, because he's so damn funny. I would marry him and bear his children...his mutant, hairy, maladjusted children. I would even convert to Greek Orthodox for him. His intellect moves me. I want to live with him in the foothills of North Carolina, where we'd both grow old fucking and writing in our writer's retreat. I would make him wear a jock strap, instead of boxers or briefs. We'd celebrate our anniversary every year by road-tripping to Mexico to watch wrestling. I would allow him to drink himself to death in the name of art.
Posted by Cadence Johnson-Ryder at 9:16 AM No comments: